Historically, the fast-flowing waters of Chittenango Creek served as the basis for numerous mills in and around Chittenango. Further upstream, Chittenango Falls had been developed as a private tourist attraction by the Boardman family as early as 1866. After being approached by a gunpowder manufacturer who wanted to construct a mill adjacent to the waterfall, the family sold the land to Helen Fairchild as long as she promised to not develop it for industrial purposes. Fairchild formed the Chittenango Falls Park Association, which managed the privately owned park from 1887 through 1922 when it was deeded over to the state and opened as Chittenango Falls State Park.

Today, the small but stunning state park protects not just views from development, but Chittenango ovate amber snail that is unique only to Chittenango Falls because of its high humidity, the availability of microflora below the waterfall, and calcium. For that reason, off-trail exploration of the falls is prohibited as the snails live beneath the rocks; simply moving them could crush the snails.

Chittenango Falls is a 167-foot staircase cascade. The flow can be reduced to a trickle in the summer months.

The most popular trail at the park is the Gorge Trail, a .4-mile loop trail that connects the parking area with two primary viewing areas of the waterfall. The trail features numerous staircases and grades and is closed during the winter months because of ice. 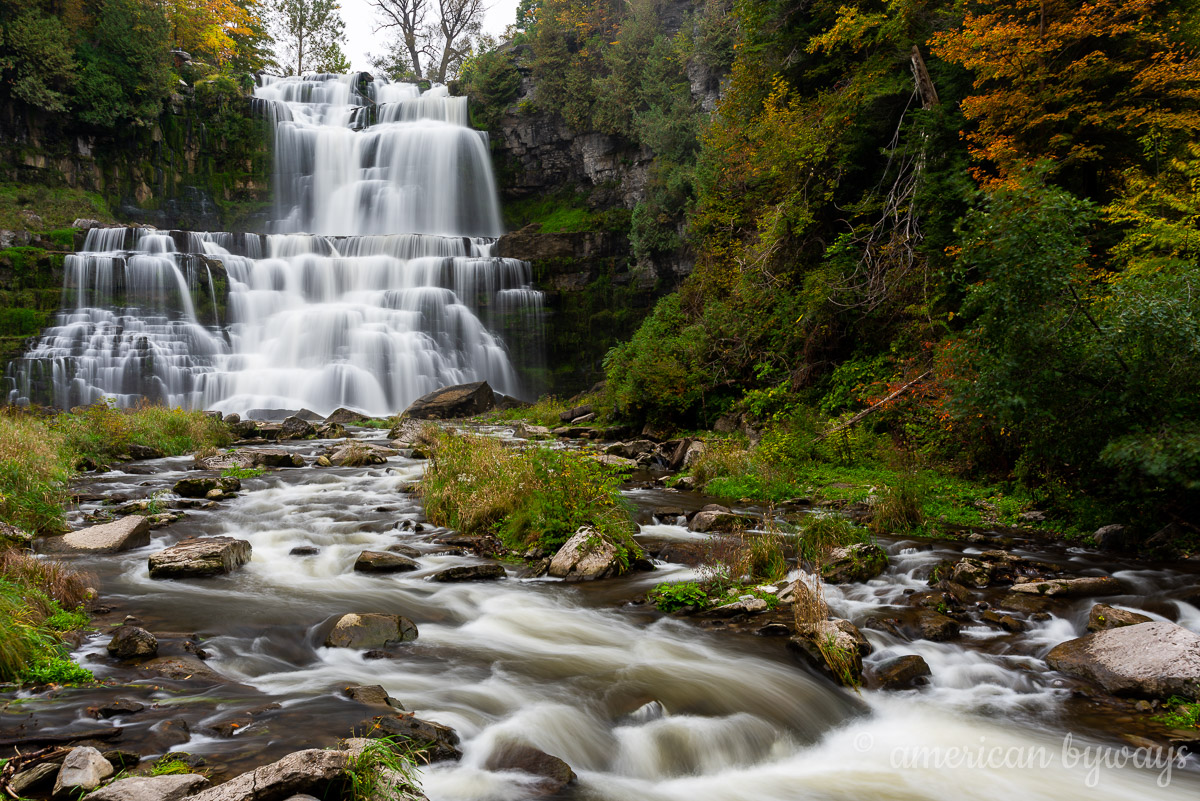