A short walk on the scenic campus of Bard College leads to two beautiful waterfalls along Saw Kill in Annandale-on-Hudson, New York.

The Dutch began settling the region in the 1620s and utilized Saw Kill as an ideal place to build mills, particularly the sawmills that gave it its name, because of its constant flow. But before anything could be built, land speculators acquired water rights to the creek. It was not until the mid-1700s that sawmills and gristmills began to be developed along the Saw Kill and by 1777, mills had been erected at the stream’s mouth at the Hudson River, at Red Hook, and in Rock City.

Although the pressure for industrial expansion along the Saw Kill increased in the mid-1800s, a move to conserve and preserve the scenic watershed gained traction. The stream’s lower gorge, which featured two cascades, was the subject of some works by notable artists in the 1820s. Jacques-Gérard Milbert produced a lithograph while Alexander Jackson Davis painted Janet Livingston enjoying the scenery while he was designing the Montgomery Place house on a bluff along the Saw Kill. In 1841, Louise Livingston, whose Montgomery Place estate was on the south side of the stream, along with Robert Donaldson, whose Blithewood estate was on the north side of the brook, purchased land on the Saw Kill to prevent industrial development from taking place. An existing mill at the creek’s mouth was torn down.

Livingston and Donaldson connected their properties with trails and bridges over the stream which was open to visitors. The legal agreement between the two properties was one of the earliest such land conservation covenants in the United States.

In 1921, Livingston’s descendants moved into Montgomery Place and erected a hydroelectric power plant in 1923 on one of the ponds created by one of the earliest mills. It provided electricity for the estate and for the neighboring community of Annandale until 1965 when they were connected to other power sources. The power plant remained online as a backup until 1983 and was later demolished.

Zabriskie’s Waterfall is a 15-foot cascade waterfall along Saw Kill.

Lower Falls is a 20-foot cascade waterfall along Saw Kill.

The waterfalls along Saw Kill are accessible from a 1.5-mile primitive trail that starts on Bard College’s campus and ends at the border of Tivoli Bays Wildlife Management Area. The path features short boardwalks and rustic stairsteps as it winds its way along the creek. Starting from a parking area along the south side of Blithewood Avenue, follow a service road on the south side of the lot to a trail that leads down to Zabriskie’s Waterfall. The path continues on past a small impoundment and the remnants of a mill before turning northward past the Bard College Field Station. An unsigned side path leads to the base of Lower Falls.

From Red Hook at the junction of US Route 9 and West Market Street, head northwest on West Market Street for 1.8 miles. Turn right onto NY Route 9G and continue north for one mile. Turn left onto Kelly Road and then right onto Annadale Road and follow for a half-mile towards Bard College. Turn left onto Blithewood Avenue and park in the large lot on the left. At the rear of the parking area is the trailhead for the north-south trail along Saw Kill. 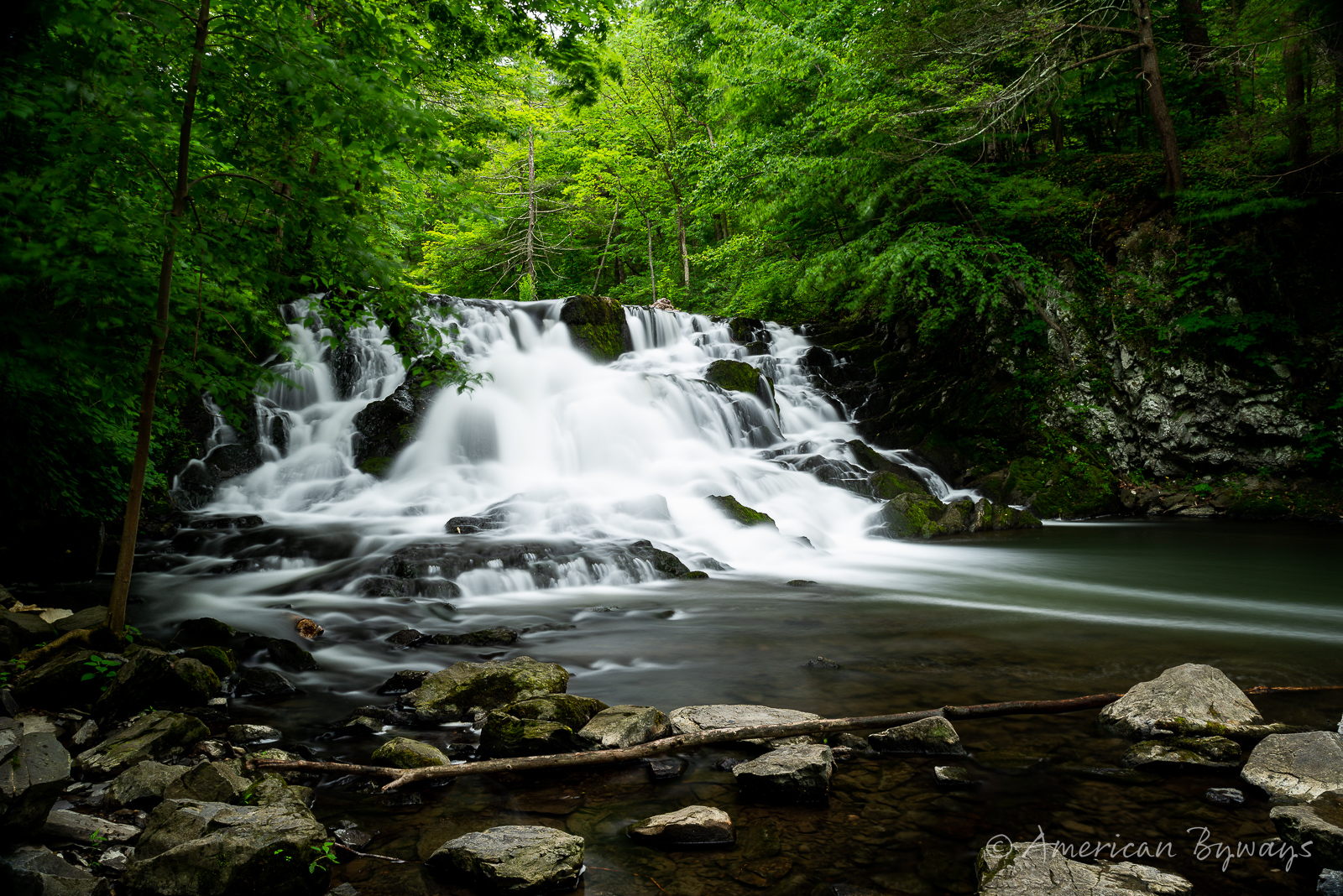