The spillway for Ashokan Reservoir in Ulster County, New York drains into a manmade stream that feeds into Esopus Creek and includes a narrow horsetail waterfall and a cascade waterfall that feeds into a crystal-clear pool.

These waterfalls can only be legally viewed from the roadside.

The Ashokan Reservoir is a freshwater reservoir on the eastern edge of Catskill Park that provides fresh water to the City of New York. It is one of several in the region created specifically for the city and is the city’s deepest at 190 feet near the dam at the former site of Bishop Falls.

The reservoir was constructed between 1907 and 1915 by the New York City Board of Water Supply by impounding Esopus Creek. Thousands of acres of farmland and twelve communities were submerged, and 2,000 residents had to be relocated for the project. Some of the communities were relocated to higher ground, such as Ashokan, Shokan, West Shokan, and Olivebridge, although many others were remembered only through historical markers.

Ashokan Spillway Falls is a 20-foot horsetail waterfall within the spillway for Ashokan Reservoir.

Ashokan Spillway Falls is a 20-foot cascade waterfall within the spillway for Ashokan Reservoir.

From NY Route 28 at West Hurley, follow Basin Road south for 1.1 miles. Turn right onto NY Route 28A west and continue for 1.8 miles. Make a slight left onto Spillway Road and follow for 3.7 miles. There is a parking area at the junction of Spillway Road, Ashokan Road and Beaver Kill Road and the waterfalls can be viewed from the bridge. 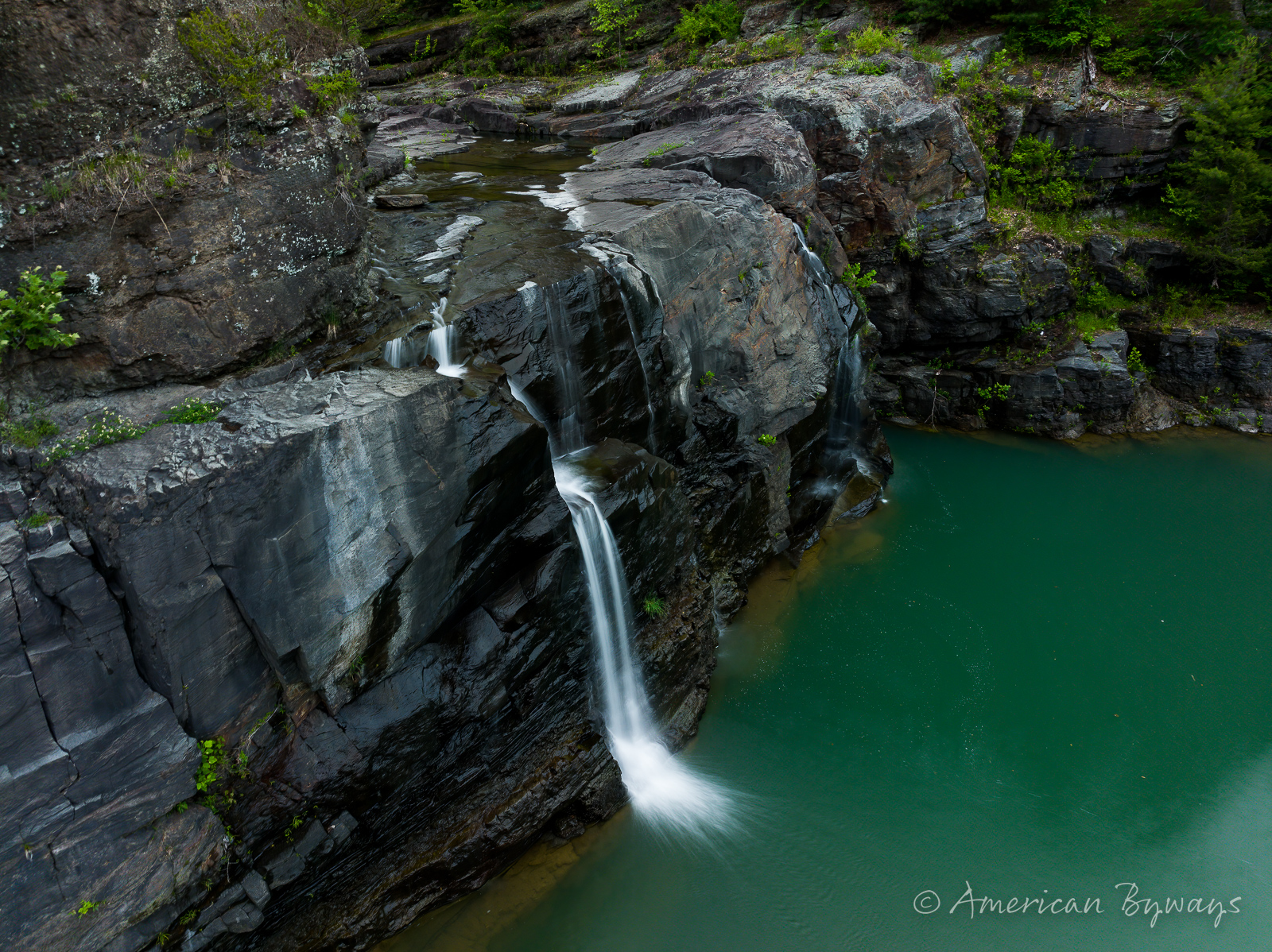