Stony Point Lighthouse is the oldest lighthouse on the Hudson River, located within the historic Stony Point Battlefield in Stony Point, New York.

The Stony Point Battlefield State Historic Site Museum is open several days per week between mid-April and mid-October; within the museum is the Lighthouse Gallery, where one can learn about the history of the lighthouse and some of its keepers. A Fourth Order Fresnel lens is displayed next to a USLHS 1923 fog bell.

The completion of the Erie Canal in 1825 linking the Hudson River to Lake Erie. increased traffic dramatically along the Hudson. The need for navigational aids was paramount, and the United States Congress authorized the construction of a lighthouse on the west shore of the Hudson River at Stony Point to mark the narrowing of the river above Haverstraw Bay and assist ship captains approaching from the south to distinguish the rocky point from the mountains behind it.

Stony Point Light was designed by architect Thomas Phillips of New York City and constructed in 1826. Built entirely of locally quarried fieldstone, the octagonal pyramid structure reached only 30 feet in height, but because of its location 150 feet above the high tide line on a bluff, its light could be seen for many miles. The light was first lit on December 1, 1826, by Cornelius Lansing, the first lighthouse keeper.

The lighthouse was decommissioned in 1925 and replaced with a steel light tower closer to the shoreline. The closed lighthouse was acquired by the Parks Commission in 1941 and listed on the National Register of Historic Places in 1979.

Through the efforts of the Stony Point Battlefield State Historic Site, the Palisades Park Interstate Commission, and the New York State Office of Parks, Recreation, and Historic Preservation, the restoration of the lighthouse began in 1986. The exterior was repaired and painted, and the lantern was reglazed. On October 7, 1995, with restoration complete, the light was activated for the first time in 70 years. The automatic light, operated by solar power, beams a flash of light once every four seconds.

From US 202 in Stony Point, follow Park Road and Battlefield Road east for .7 mile. 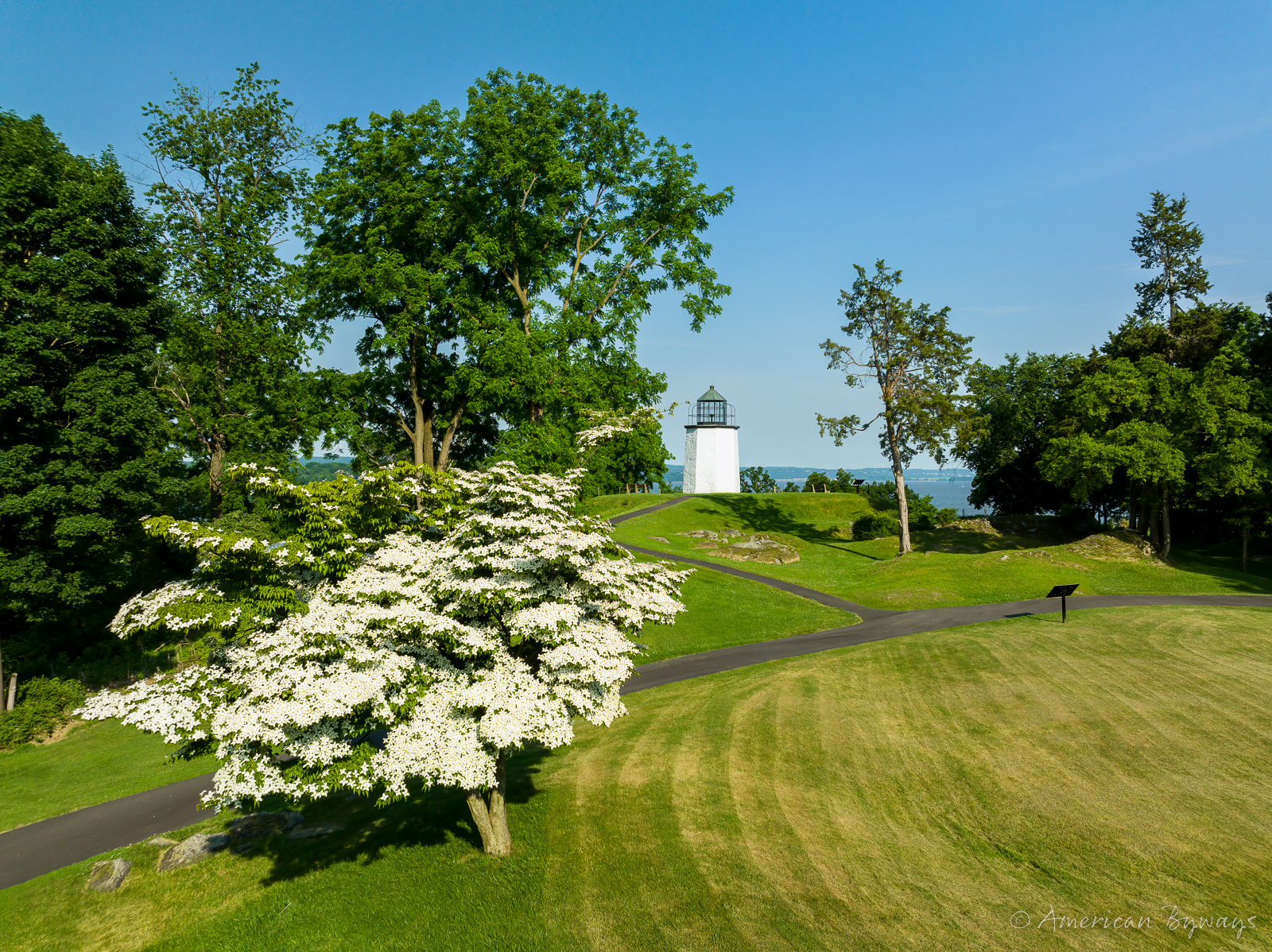