The waterfall is one of the more unique natural landmarks in the Finger Lakes region of New York. It is adjacent to a circa 1893 pumping station that was used to deliver water to the burgeoning city from a far-flung reservoir. It was built on the site of the former Van Natta & Jones Mill that at one point, produced seven grades of flour.

The pumping station was abandoned decades ago and today, Wells Falls serves as a popular swimming hole and recreation area only minutes from downtown. 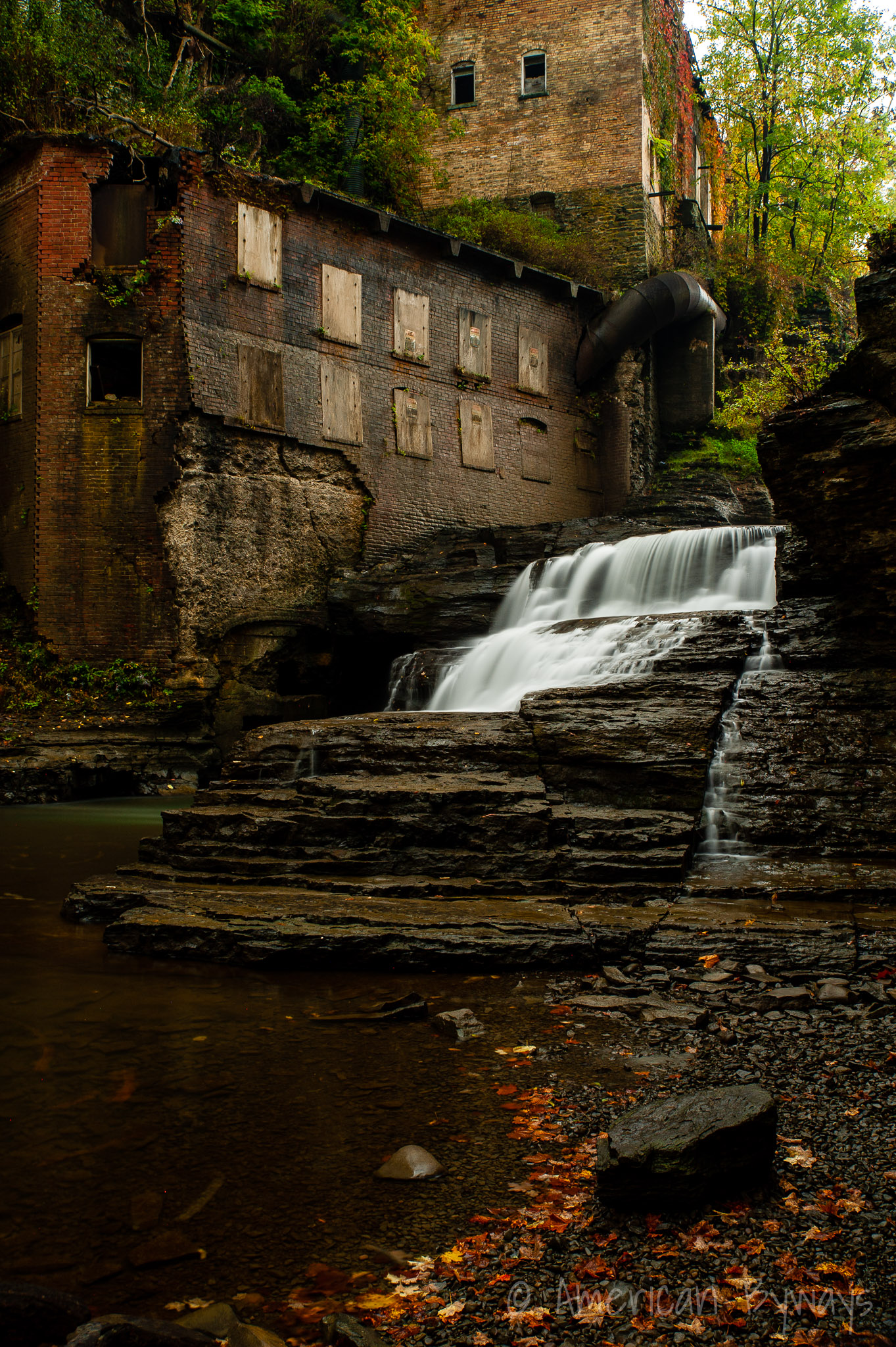