Blackwater Falls, a 57-foot sheer drop waterfall, is where the Blackwater River transforms from a leisurely, winding stream through the Canaan Valley into a rugged whitewater river that courses through Blackwater Canyon. Owing to a profusion of spruce and hemlock trees along its course, the leaching of tannins from the decaying leaves of vegetation adjoining the stream impart a tea color to the water.

The Blackwater River and its tributaries are one of the most photogenic in the state because of its remoteness and its never-ending cascades. On an expedition of the Canaan Valley and the upper watershed of the Blackwater River in 1852, Philip Pendleton Kennedy wrote in The Blackwater Chronicle: A Narrative of and Expedition into the Land of Canaan, “Perhaps in all this broad land of ours, whose wonders are not yet half-revealed, no scene more beautifully grand ever broke on the eye of poet or painter, historian or forester.” That still reverberates true today.

Two areas provide overlooks of Blackwater Falls. From the western side, a series of steps leads from the gift shop down to several overlooks. On the other side, the .1-mile-long Gentle Trail connects to an overlook from the roadway to the lodge.

The Elakala Trail is a .2-mile trail that connects the lodge with Canaan Loop Road and the Balanced Rock Trail. It crosses over the Falls of Elakala No. 1 via a bridge.

The Lindy Point Trail is a .8-mile in-and-out trail that connects with Canaan Loop Road and Lindy Point, one of the best overlooks of the Blackwater Gorge. 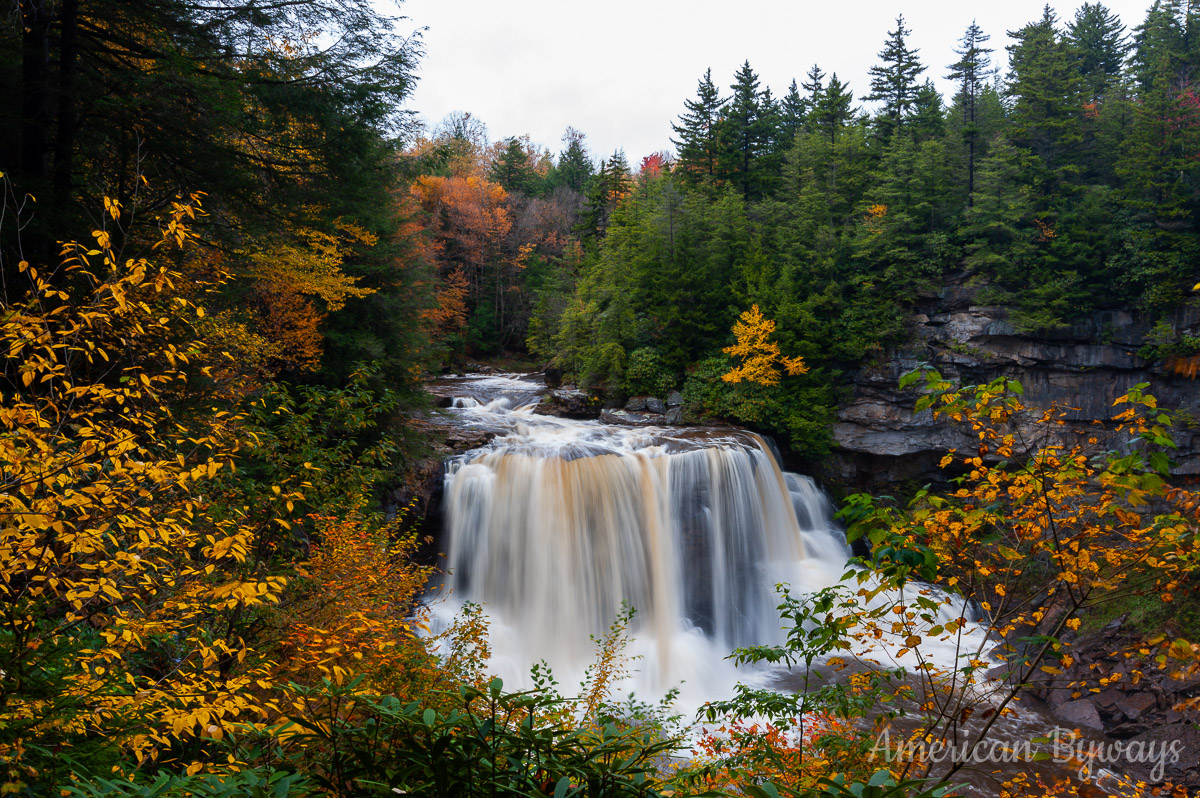