The first Buffalo Main Light was established along the Lake Erie shore at the mount of the Buffalo River in 1818. The opening of the Erie Canal in 1825 greatly increased traffic on the waterways which eventually led to the replacement of the lighthouse with a taller 57-foot-high octagonal limestone structure in 1833. It featured an unusual octagonal base with a circular stone stairway and an eight-sided iron lantern room.

As part of a river widening project, plans were made to demolish the Buffalo Main Light. Spurred on by public protests, the lighthouse was spared removal. A major restoration effort was launched by the non-profit Buffalo Lighthouse Association in 1985 and the grounds around the lighthouse were developed into an outdoor museum that included one of the two original Buffalo Breakwater bottle lights. The property was closed to the public after the terrorist attacks on September 11, 2001, but in 2010, the Coast Guard announced that it would allow public access to the lighthouse after its property was reconfigured. The grounds of the lighthouse were reopened to the public in 2011.

From NY Route 5/Buffalo Skylight, follow Fuhrmann Boulevard north along the west bank of the Buffalo River for 1.1 mile. Park in the parallel parking spaces along the roadway and follow signs to the sidewalk to the lighthouse along the east and north sides of the Coast Guard station. 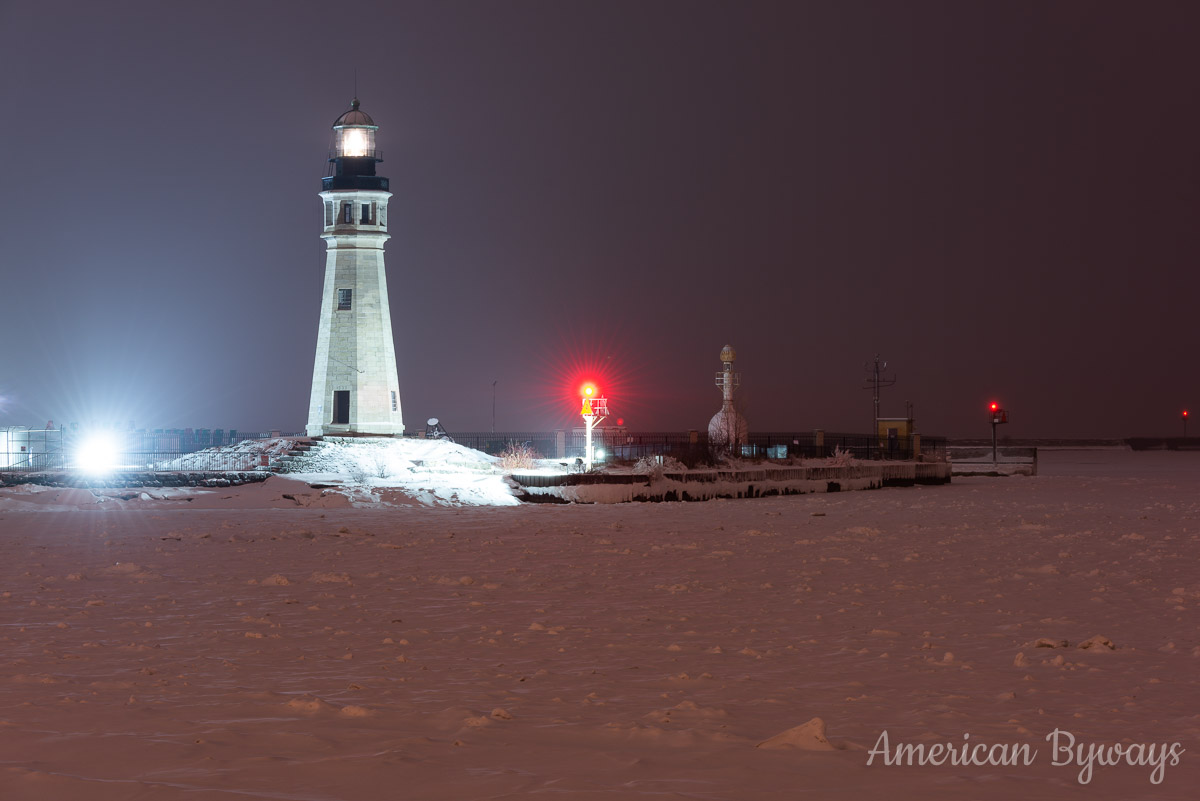