Also known as the Red River Furnace, Fitchburg was designed by Fred Fitch and constructed by masons from Ravenna, Italy at the cost of $160,000. It opened under the supervision of Sam Worthley and the Red River Iron Manufacturing Company in 1869. The massive facility, the largest of its type in the world, was built purely upon speculation by native businessmen during the western railroad construction boom, although it was built with charcoal, not coal, as a fuel source.

The two-stack furnace, Blackstone on the south and Chandler on the north, was built of sandstone 60 feet high with a furnace interior 50 feet high with a 12½ foot bosh. It employed over 1,000 and had a daily tonnage output of 25 tons, utilizing limonite ore, charcoal, and limestone flux for its raw materials.

The economic Panic of 1873 and the discovery of rich iron ore in the Birmingham, Alabama region caused the furnace to close. Fitchburg had produced just 16,000 tons of iron.

On April 6, 1973, the Fitchburg Furnace was acquired by the United States Forst Service. The donation, from Joyce Russell Broaddus and Toska Russell Middleton, added rich industrial heritage to the Daniel Boone National Forest. On April 17, 1974, the furnace was listed on the National Register of Historic Places.

From Irvine, follow KY Route 52 east for 9½ miles. Turn left onto KY Route 1182 and follow for 3.3 miles to the Fitchburg Furnace Historical Site. 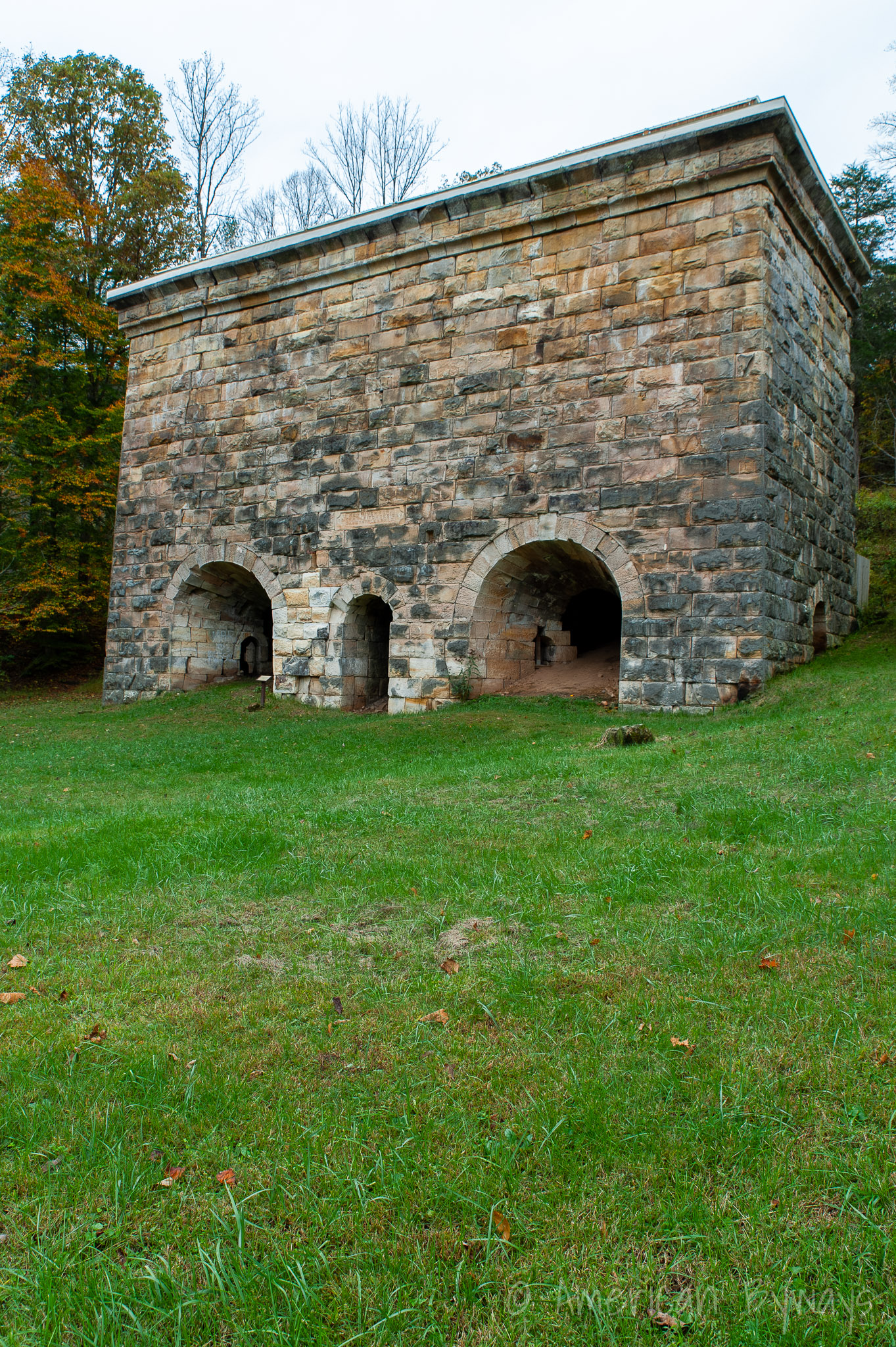