The first lighthouse near Munising commenced operation on the northern tip of Grand Island in 1856, but mariners needed additional navigational aids to in reaching safe anchorages at the southern end of the island. The first Grand Island Range Lights just east of Christmas were first lit in 1868. The original front range light consisted of a wooden pyramid that held a sixth-order Fresnel lens while the original rear range light was a wooden tower atop a frame keeper’s house that held a sixth-order Fresnel lens.

The front range light was replaced with a tubular steel structure in 1968. Both lights were deactivated in 1969. 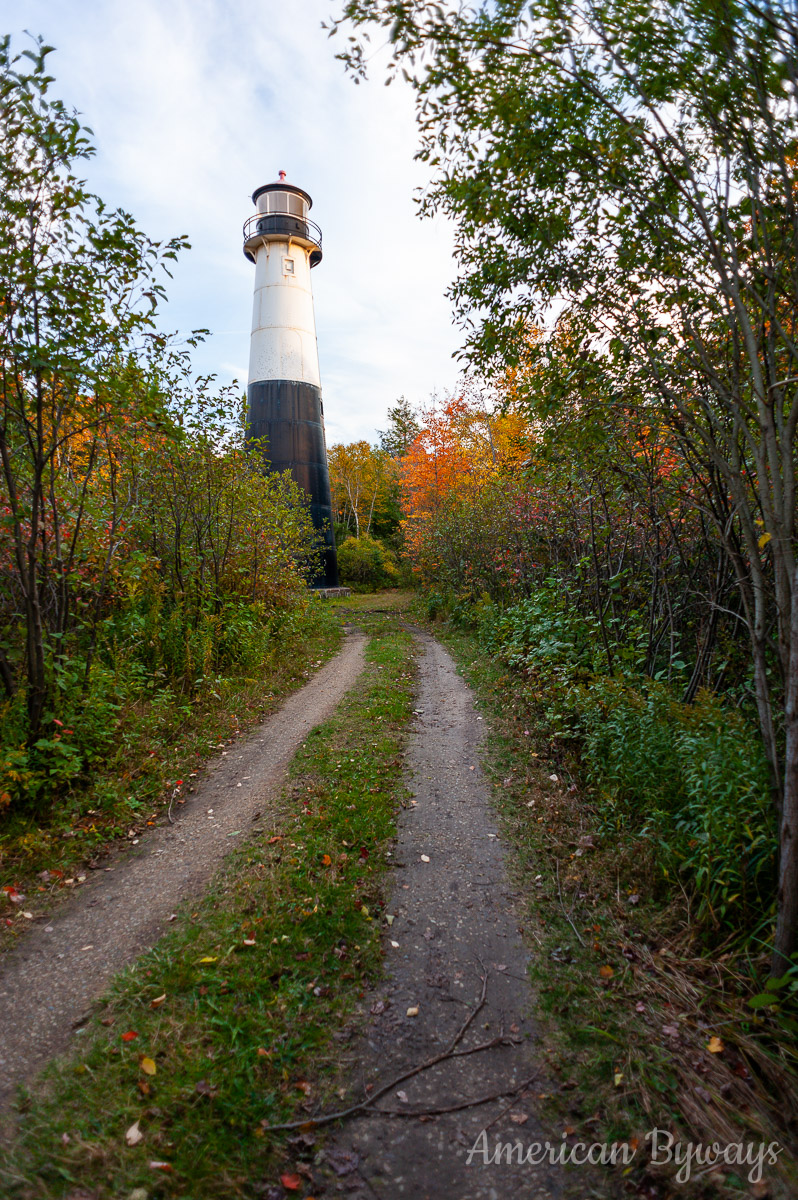