Since its founding as a town in 1863, Escanaba grew as a shipping port, aided in part by the completion of the Peninsula Railroad in 1864 which linked Escanaba to the iron ore mines of the Upper Peninsula. Iron ore docks were built in the Escanaba harbor which allowed for it to be shipped to steel mills along the Great Lakes. A lighthouse was needed to guide ships in and out of the harbor and to warn them of the treacherous sand shoals that reached out in the Little Bay de Noc from Sand Point, a sandspit located south and adjacent to the harbor.

After approval from the United States Lighthouse Service, a lighthouse at Sand Point was constructed in 1867-68 at the cost of $11,000. Finished with a cast iron lantern room with a fourth-order Fresnel lens, it was first lit for ships on May 13. The structure was rebuilt after a fire destroyed the lighthouse in 1886.

The Sand Point Lighthouse was deactivated in 1939 after the Coast Guard constructed an automated crib light several hundred feet offshore. The lighthouse structure continued to serve as housing for a Coast Guard seaman who was assigned to duty in Escanaba. Modifications to the structure were made over the years, including removing the lantern room and lowering the tower by ten feet. The roof was raised to create a full second floor, several windows were added, and the entire building was covered in aluminum siding.

After the Coast Guard relocated to a new structure in 1985, the barely recognizable Sand Point Lighthouse was obtained by the Delta County Historical Society. With the help of the original building plans from 1867, the historical organization removed the aluminum siding, lowered the roof to its original level, bricked in the windows, and rebuilt the tower. A discarded cast iron lantern room, which had been removed from the Poverty Island Light Station and abandoned for over a decade, was affixed atop Sand Point.

The newly restored Sand Point Lighthouse was dedicated in July 1990 and opened to the public. Today, visitors can climb the tower and witness what it would have been like to be a lightkeeper at the turn of the 20th century.

The lighthouse is located at the easternmost point of Ludington Street east of downtown Escanaba. 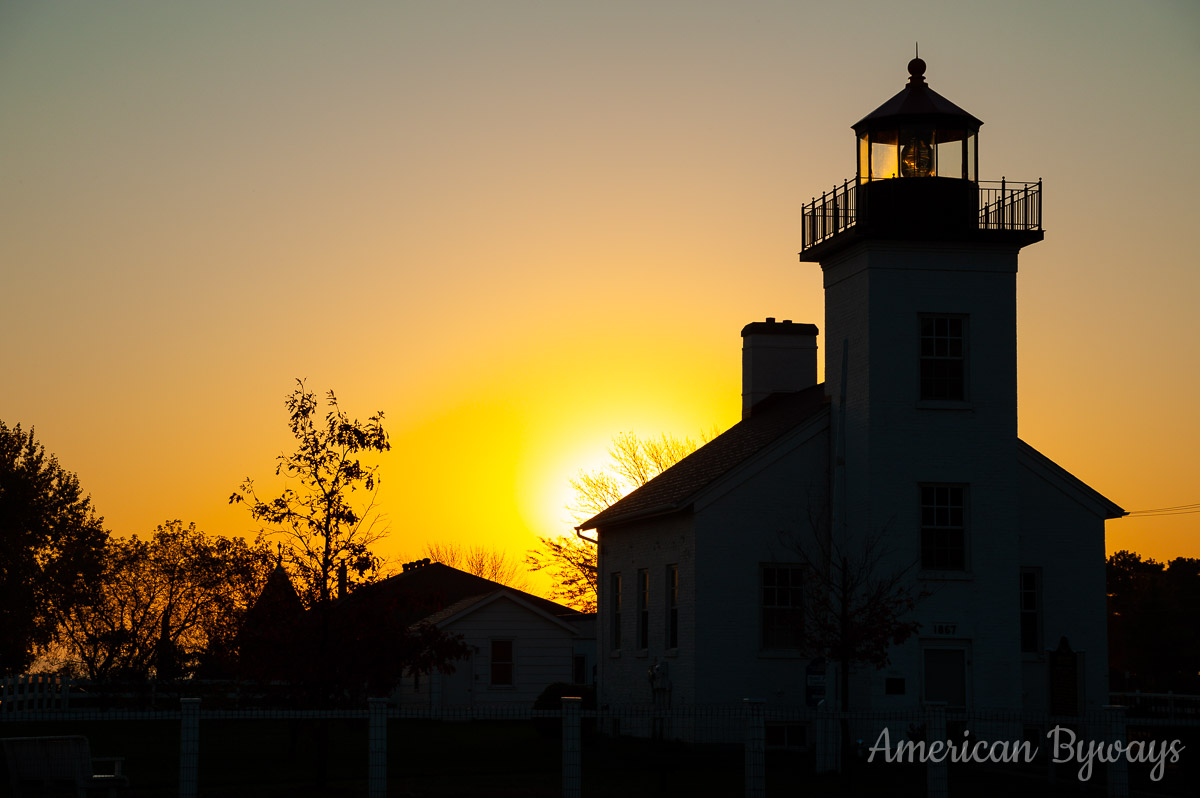