The resorts began to decline by the middle of the 20th century, despite the addition of a golf course, ski slopes, and bars. To raise some cash for the hotels, the Nature Conservancy and the state of New York purchased 6,700 acres around Awosting Falls, leading to the development of Minnewaska State Park. Even still, the dilapidated Cliff House was closed in 1972 which burned down in suspected arson in 1978. Wildmere closed in 1979 and burned down in 1986.

For years, private developers proposed intensive and extensive resorts and residential for ecologically significant lands. Numerous lawsuits were filed by environmental groups to stop the proposals from moving forward. Eventually, the state of New York acquired the lands in 1987 and opened the Minnewaska State Park Preserve in 1993. It was greatly expanded in 1996 when the Open Space Institute transferred acreage from Sam’s Point Preserve to the park. An additional expansion occurred in 2006 as the result of action by a coalition of conservation groups, including the New York-New Jersey Trail Conference, Open Space Institute, the Trust for Public Land, and the Nature Conservancy.

Today, Minnewaska State Park Preserve sprawls over 22,000 acres, protecting ecologically sensitive environments from commercialization. The reserve comprises of the crystal clear Minnewaska, Awosting, Haseco, and Maratanza sky lakes that are only fed by rainwater, many waterfalls along Peters Kill, Stony Kill, and Verkeerder Kill, striking geological formations including hard quartz rock that glisten under the sun, unique pitch pine forests most often found in sand dunes along the coast, and beautiful mountain laurels alongside the many streams.

Bogerman Falls, also referred to as Sanders Kills Falls, is a 12-foot cascade along Sanders Kill. There is no official trail to this waterfall along US Route 44.

Peter’s Kill Falls, a 53-foot cataract cascade along Peter's Kill adjacent to an abandoned hydroelectric power plant. There is no official trail to this waterfall.

Saw Mill Falls, an approximate 18-foot cascade along Peter's Kill. There is no official trail to this waterfall.

There are 50 miles of trails open for hiking, biking, horseback riding, cross-country skiing, and snowshoeing. Additionally, there are 35 miles of carriage roads to hike along. Some of the best trails include:

The Awosting Falls Carriageway is a 1.4-mile trail between the Lower Awosting parking area and the Mohonk Preserve with a connection to the trails on the north side of US Route 44. The gentle trail generally follows along the south side of the road and Peter's Kill, providing easy access to Awosting Falls.

The Minnewaska Lake Carriageway is a rolling 1.5-mile loop around Minnewaska Lake. The easy and wide trail offers spectacular views of the crystal clear sky lake and passes by a swimming area and several cliff-top views.

Often overlooked, the Stony Kill Trail is a 1.2-mile in-and-out trail connecting to Stony Kill Falls. The rocky single-track passes by an access shaft to the Delaware Aqueduct that flows underneath the mountain and an old quarry before descending into a maturing pine and hardwood forest. The informal path was substantially upgraded in 2017 by Tahawus Trails LLC, on behalf of the Palisades Interstate Park Commission and Palisades Parks Conservancy, with periodic help from the volunteer Jolly Rovers Trail Crew, which includes numerous stone steps and a scenic wood bridge over the creek.

Via the Hiking Project

Much of Minnewaska State Park is located along US Route 44 between US Route 209 north of Ellenville to the west and Moderna to the east.

More on the long-abandoned Mohonk Mountain House Power Plant can be read at partner site Abandoned. 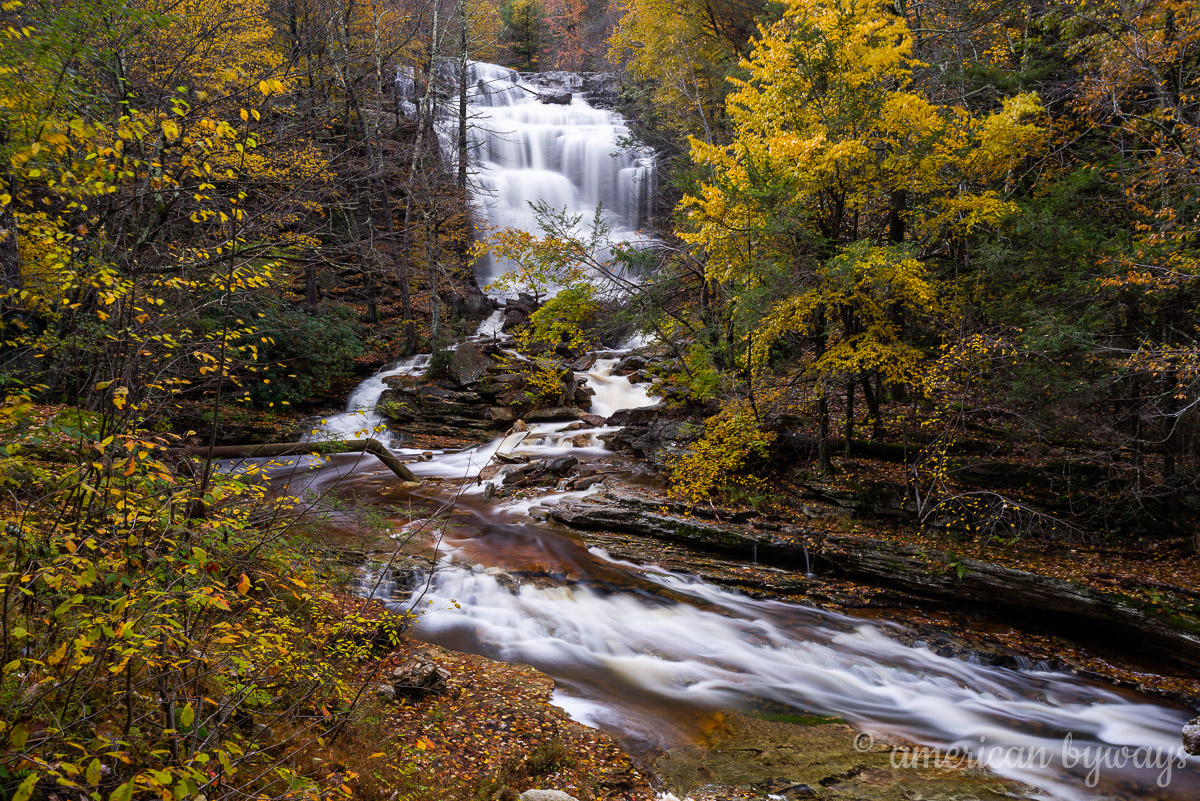