For decades, Propps Ridge Falls was located in the shadow of an underground metallurgical coal mine and processing plant. Like so many others, the waterfall’s quality was degraded because of the prevalence of acid mine drainage.

After the mine closed in the late 1990s, the land was reclaimed and the water quality drastically improved. There have been discussions to create new, underground coal mines at the site by Xinergy Corporation, but the collapse of coal prices and waning demand for metallurgical coal have put those plans on hold, potentially indefinitely.

Partly because of its remote location far from the tourist hotspots along the New and Gauley Rivers, Propps Ridge Falls is not oft-visited, unmarked, and undeveloped. 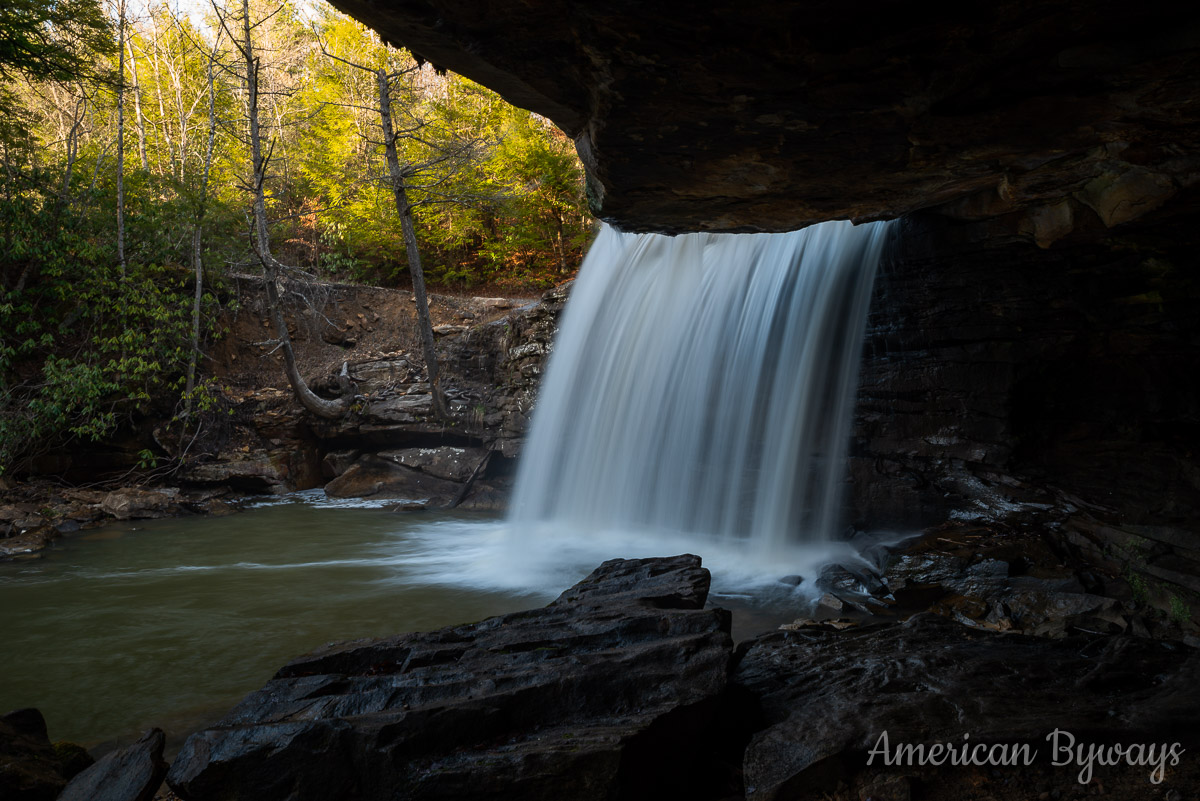