During the last ice age, glaciers blanketed much of northern North America, scouring the land and sculpting much of the topography of the Finger Lakes region. The effects of the ice age left behind multiple waterfalls and cascades along Lick Brook.

After the Revolutionary War, much of the land along Lick Brook was used for timber and agricultural purposes. By the 1970s, much of the area had reverted to forest and then acquired by Moss Sweedler. Sweedler had left 128 acres of the “Lost Gorge” to the Finger Lakes Land Trust in his will. Still, owing to development pressures nearby, the Land Trust outright purchased the gorge and waterfalls at a fraction of the estimated value of the land, creating the Sweedler Preserve. Upstream, the Thayer family donated a conservation easement to the Land Trust in 1998, a continuation of the family’s commitment to land preservation in the region.

Upper Lick Brook Falls, a 100-foot ribbon waterfall along the Sweedler Blue Trail. It requires some stream hiking to access the base of the falls.

There are four trails within the preserves:

The Finger Lakes Trail crosses through the heart of it all, accessing the base of Lower Lick Brook Falls before climbing Jersey Hill.

The Sweedler Blue Trail connects at the base of Lower Lick Brook Falls and sharply ascends Jersey Hill, closely paralleling Lick Brook. It connects to the Finger Lakes Trail at its west and east terminuses. 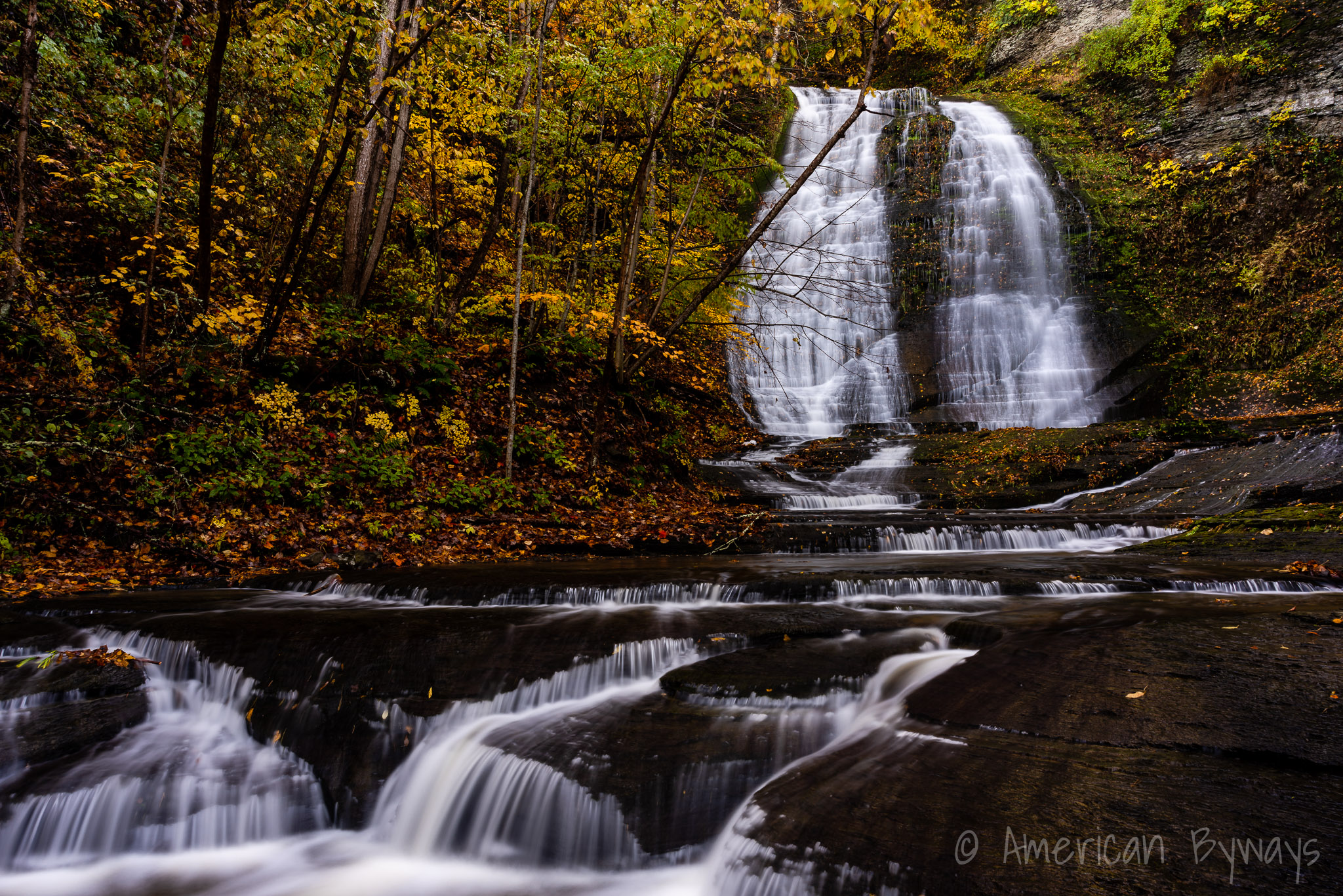