The scenic backdrop along Main Street in Montour Falls, New York is one of the most unique. It’s bracketed by a richly flowing She-Qua-Ga Falls as it cascades down 156 feet.

Located just south of Seneca Lake, the village of Montour Falls is named after Queen Catharine Montour, a prominent Native American woman of Seneca Indian heritage who lived at the village site in the 18th century. It’s lined with several Greek Revival public buildings, constructed of brick, with colonnaded porches that defined prostyle tetrastyle—seemingly out of style with a region that is more characterized by wood-framed Victorian and Italian style architecture.

Bracketing the town to the west are cliffs over 300 feet high, punctuated with dozens of small and medium-sized waterfalls, the largest of which flows in the center of Montour Falls. Tumbling over grey limestone, Shequaga Creek plowing into a plunge pool before heading north towards Catharine Creek and Seneca Lake.

At the base of the waterfall is a small park that is open to the public. The park is handicap accessible and it is an approximate 100-foot distance from the street to the base over the waterfalls.

Above She-Qua-Ga Falls is Mill Street, which crosses over Shequaga Creek on a steel arch bridge. Numerous other waterfalls, on privately owned land, dot the waters west of the village.

Above the She-Qua-Ga Falls is the town cemetery. Waterfalls line Shequaga Creek behind the gravesite. 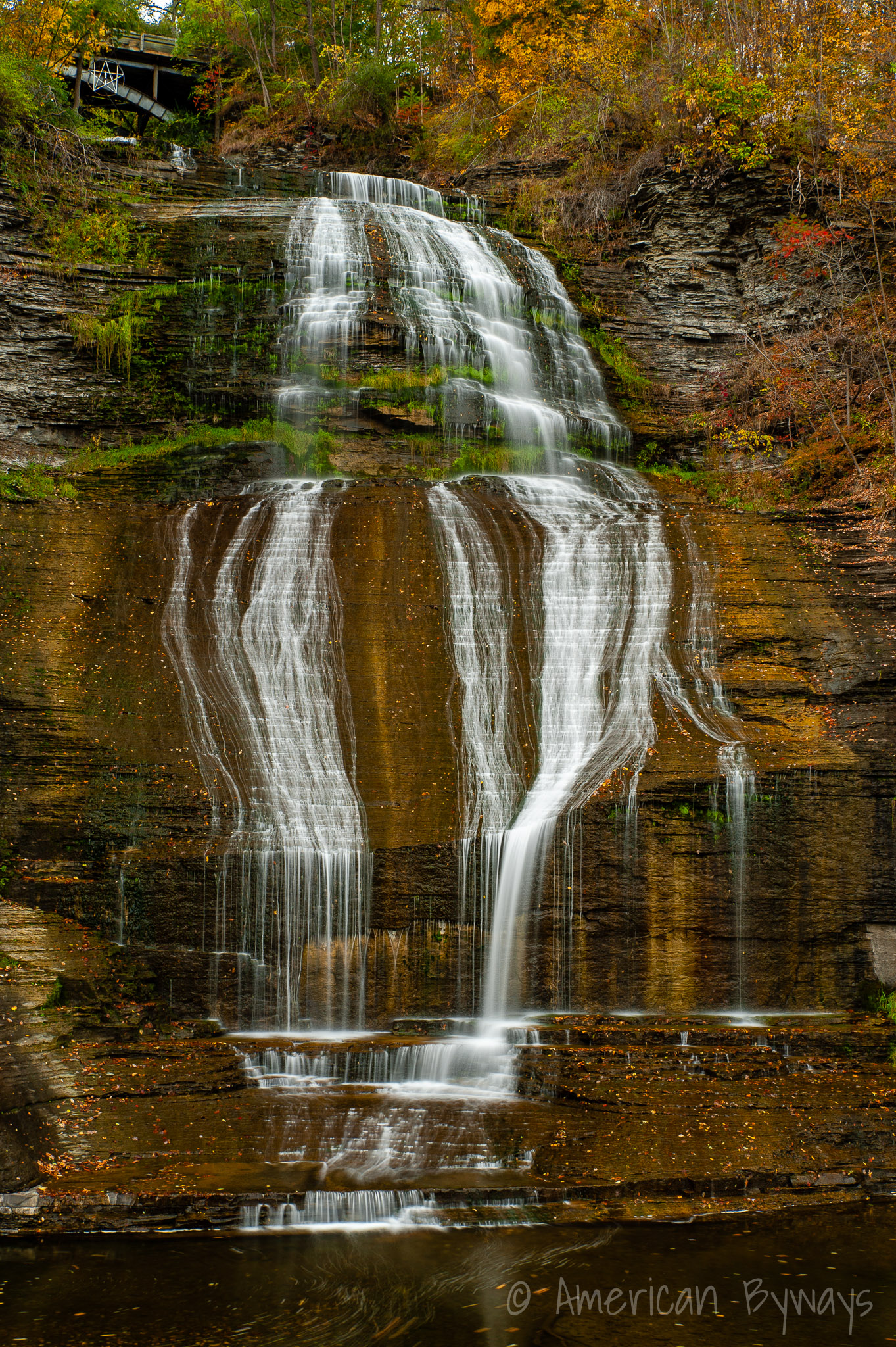