Niagara Falls was formed by the Wisconsin glaciation approximately 10,000 years ago. When the ice retreated, the upper Great Lakes emptied into the Niagara River and over time, the river cut a deep gorge through the north-facing cliff. The cluster of waterfalls at Niagara Falls was formed because of the presence of erosion-resistant limestone, dolomite, and shale.

Niagara Falls along the Niagara River consists of three major waterfalls that split around Goat Island and Luna Island:

Niagara Falls State Park in Niagara Falls, New York offers dramatic views of three waterfalls and countless overlooks of the Niagara Gorge and Niagara Falls, Canada. The park’s creation was the cumulation of efforts by early environmentalists, including landscape architect Frederick Law Olmsted. The self-proclaimed Free Niagara movement was concerned over the river’s waning flow and pollution brought on by industrialists who built mills and factories along the river to harness the power of the water flow. The Niagara Appropriations Bill was signed into law in 1885, which created the Niagara Reservation, leading to the creation of Niagara Falls State Park, the first state park in America.

The Niagara Reservation was declared a U.S. National Historic Landmark in 1963 and is a component of the Niagara Falls National Heritage Area. Today, the expanse park offers year-round unparalleled public access to Niagara Falls, which consists of:

On the Canadian side is Queen Victoria Park, which was created in 1887. Besides the countless overlooks offered of the waterfalls and canyon, the park is known for its floral displays of daffodils and roses.

From Canada via the Rainbow Bridge: 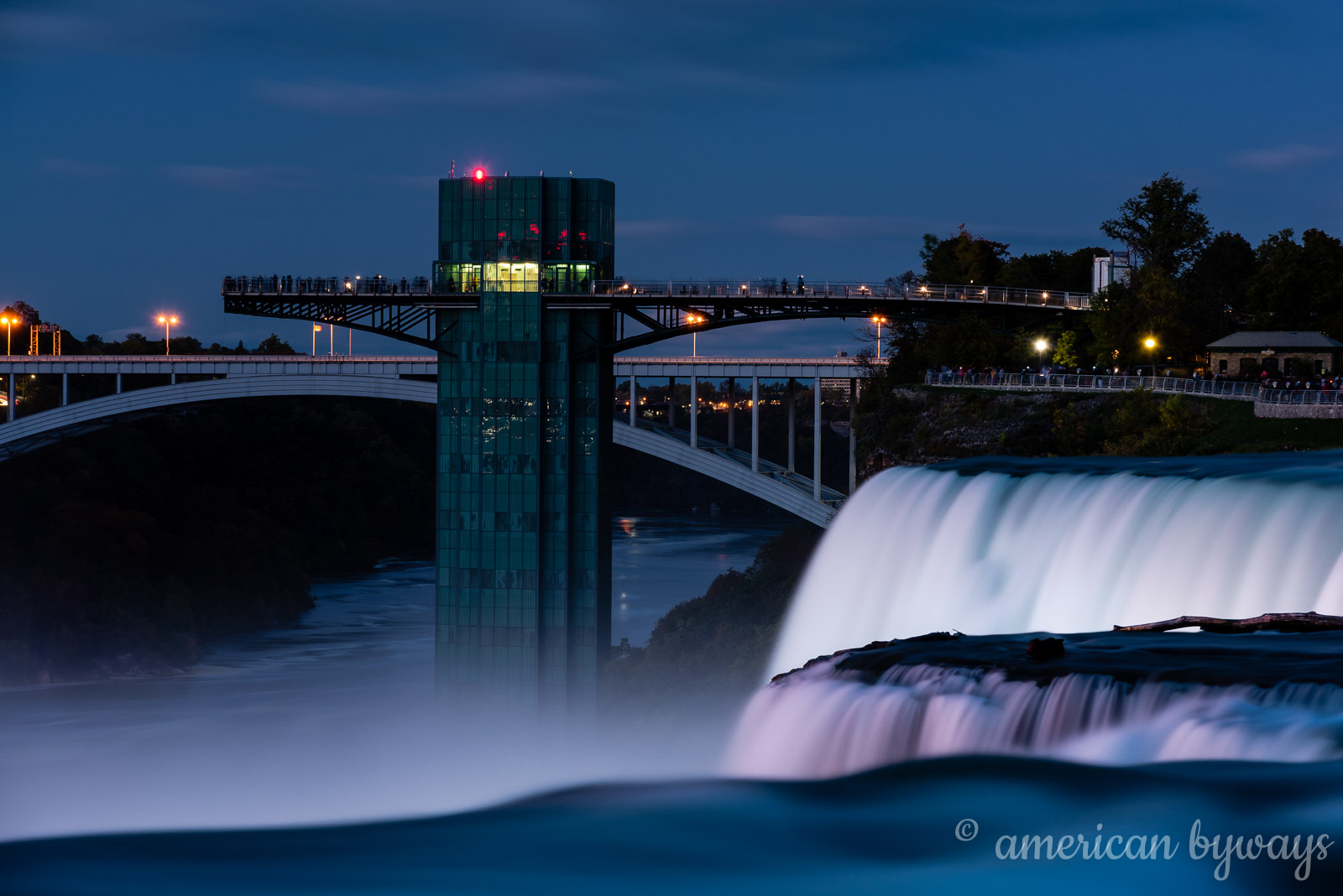