Rabbit Hash is a small community in Boone County, Kentucky, notable for its name, its string of canine mayors, and its historic general store.

Originally known as Carlton, the community was required to change its name because mail was being confused with the larger community of Carrollton elsewhere. Rabbit Hash was chosen as a replacement name, partly based on the historic use of the local rabbit population as food. Additionally, the community had been known for its rabbit hash meals. Folklore has it that in December 1847, townsfolk were discussing what each family would be serving for their Christmas dinner. A man responded that he would be serving rabbit hash, to which other villagers nicknamed him “Rabbit Hash” as a joke.

Rabbit Hash is best known for the Rabbit Hash General Store, which was constructed circa 1831 and is today one of the best-known and best-preserved country stores in the state. Unfortunately, the general store was destroyed by a fire in February 2016, although the store’s front sign and some larger pieces of merchandise were able to be salvaged. Only three walls and the floor survived. The original foundation was used to rebuild the store, which reopened on April 1, 2017, using a combination of original material and donor lumber from other period-correct structures found around the area.

Rabbit Hash is also known for its canine mayors. The first elected mayor in the community’s history was an adopted dog named Goofy Borneman-Calhoun who was inaugurated in 1998 for a four-year term. 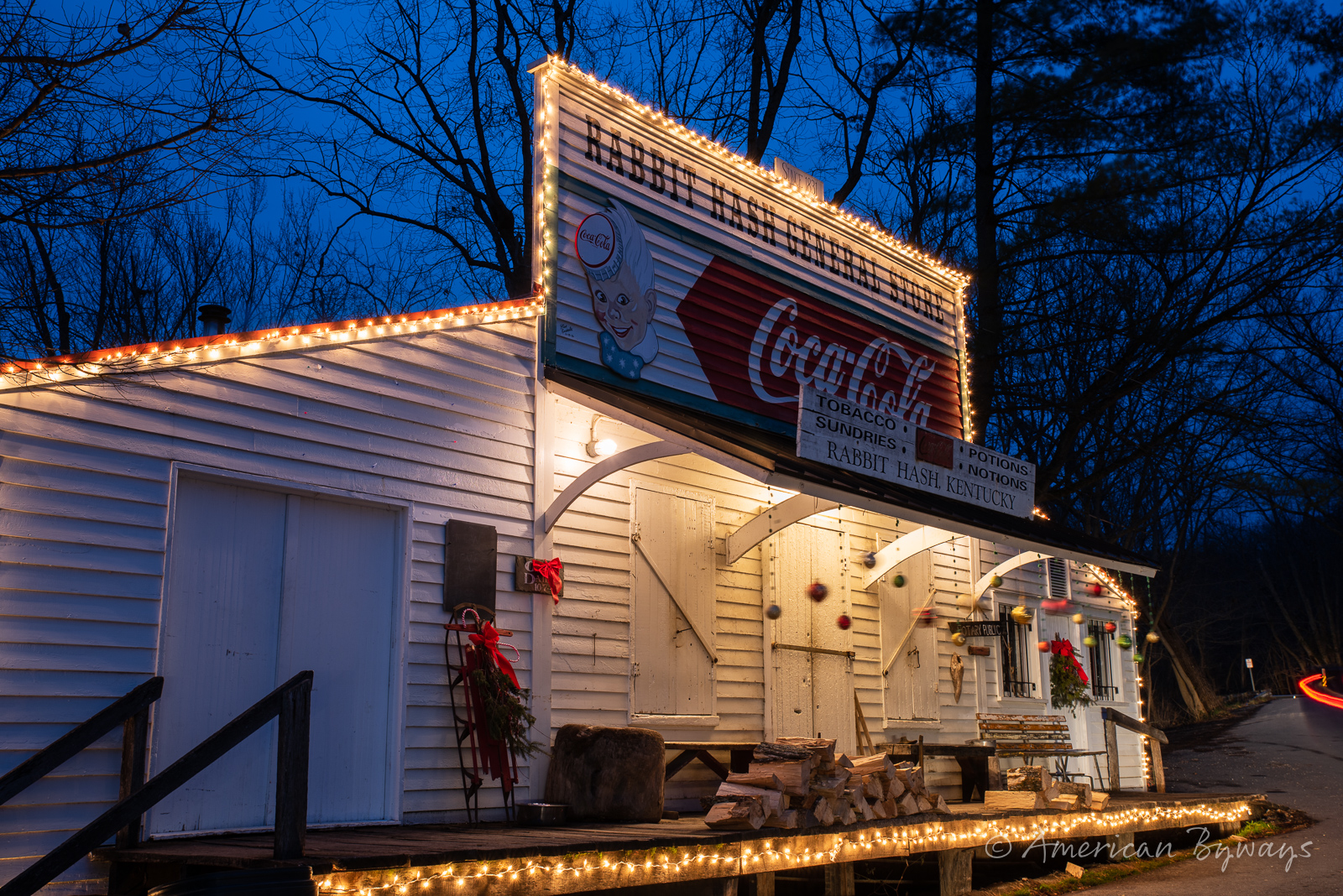