Rexford Falls is named after Nelson C. Rexford, a son of the pioneer Benjamin Rexford, who in 1875 donated to the town of Sherburne his property along Mad Brook that contained a 40-foot-high waterfall about one mile east of the Sherburne village. Near the base of the waterfall is a strong sulfur spring which became a minor attraction when the Sherburne Spring House, a hotel owned by Charles Reynolds, was erected near it for guests in 1876. A bowstring through truss bridge was built over Mad Brook a year later to connect the hotel to the waterfall and spring.

The hotel was later demolished and the grounds converted into a picnic area. The bridge was restored in 2006 at the cost of $40,000, with the Herbert H. and Mariea L. Brown Trust Foundation providing 75% of the funding.

From Sherburne, follow Chapel Street east for 1 mile to an informal parking area for Rexford Falls. A larger parking lot is available along NY Route 80. 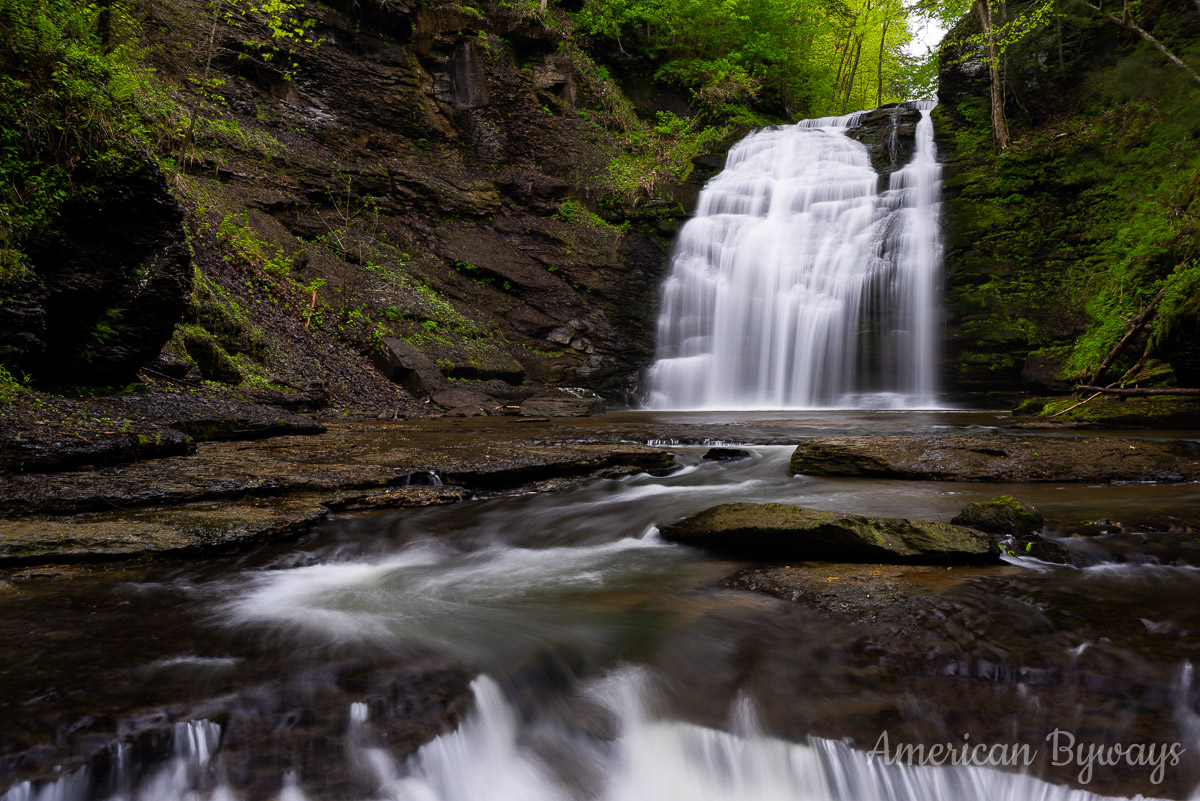