Sodus Point Light is a historic lighthouse along the shores of Lake Ontario at the entrance to Sodus Bay in Sodus Point, New York.

As commercial shipping increased on the Great Lakes during the nineteenth century, a series of lighthouses were constructed at key ports. The lighthouses indicated safe channels, harbor inlets, and hazards to navigation. The first was the Presque Isle Light along Lake Erie in 1819.

The Sodus Bay Light was authorized by an act of Congress in May 1824, at which time $4,500 was appropriated for the construction of a permanent lighthouse. A 40-foot conical stone lighthouse and keeper’s house was constructed on a bluff above Lake Ontario at the entrance to Sodus Bay. It consisted of ten oil lamps and ten reflectors. Ishmael D. Hill, a veteran of the War of 1812, was appointed as its first keeper.

The lighthouse was supplemented in 1835 by an additional white beacon at the end of a jetty at the mouth of the inlet.

In 1869, $14,000 was appropriated to build a replacement lighthouse and keeper’s residence and in August 1870, the old structures were demolished and their rubble was used to construct a jetty of riprap. The new lighthouse, consisting of a 45-foot tower, was finished in 1871.

On June 10, 1901, the beacon at the inlet was increased from a sixth-order Fresnel lens to a more powerful fourth-order, rendering the lighthouse obsolete. Although Sodus Point Light ceased operation, the keeper’s house continued to be occupied by the tenders of the harbor beacon.

In 1984, the lighthouse and keeper’s house was turned over to the Sodus Bay Historical Society to be operated as a Maritime Museum.

From Interstate 90 and the New York State Thruway, follow NY Route 14 north for 22 miles. Turn right onto Bay Street and then left onto North Ontario Street. 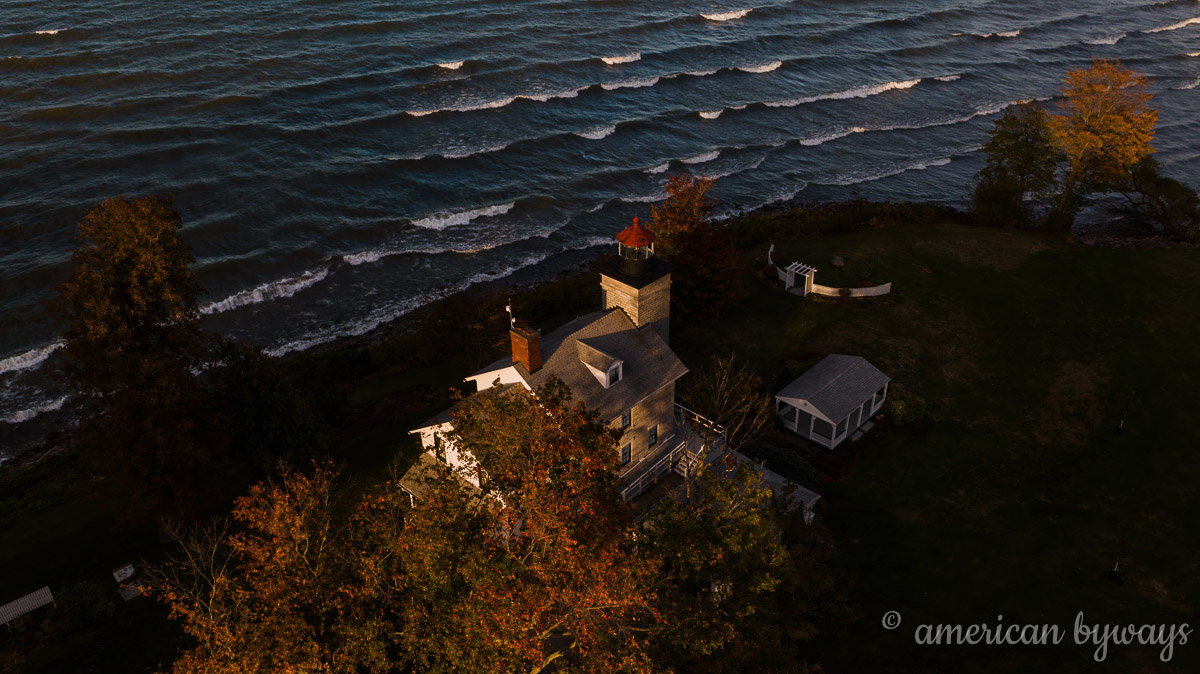