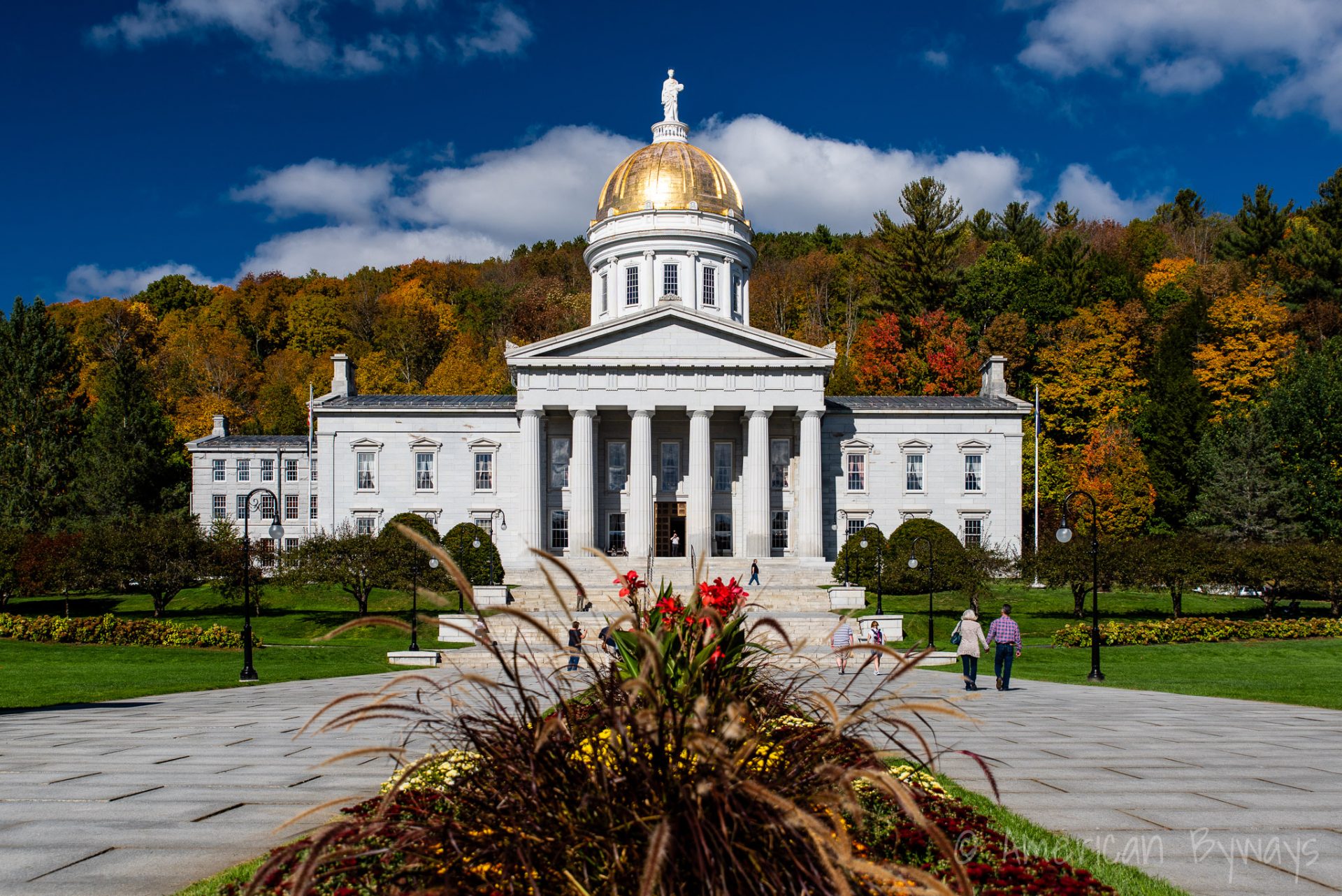 The Vermont State House, located in downtown Montpelier, is the state capital of Vermont. The Greek Revival style was designed by Thomas Silloway in 1857 and was constructed between 1858-59, it was the third such structure on the site to be used as the State House.


The first State House was constructed in 1808 by Sylvanus Baldwin, and was replaced by the a larger iteration, designed by Ammi B. Young, between 1833 and 1838. Young’s design was a reserved Greek Revival design based upon the Temple of Hephaestus in Athens, Greece.

The second State House was nearly destroyed in a fire in January 1857, with only the portico and granite walls salvageable.

In the design of the third State House, Silloway added an additional bay of windows on each side of the central portico and increased the height of the center dome. The dome was topped with a statue named Agriculture, a representation of Ceres, an ancient Roman goddess of agriculture. It was carved by Vermont artist Larkin Goldsmith Mead.

The Vermont State House is located at 115 State Street in downtown Montpelier.