I had long passed by Pipestem Falls alongside WV Route 20 near Hinton, West Virginia, but never bothered to stop as the waterfalls were barely visible from the overlook. That has changed in recent years with the clearing of brush and trees along Pipestem Creek, opening up views of the reclusive cascades, although the best views of Lower Pipestem Falls require a scramble down rocks from makeshift paths at the overlook.

Thankfully, accessing Upper Pipestem Falls is nothing more than a short walk from the overlook up several stairsteps to a secluded glen.

Interestingly, it appears that Pipestem Falls and the associated glen were created by the state at an unknown date after reviewing topographic atlases of the area. My initial assumption was that the construction of WV Route 20 alongside Pipestem Creek up Tallery Mountain between 1920 and 1936 forced the rerouting of the steam that included a manmade waterfall and glen, but it was instead routed through a culvert (sheet 22). The waterfalls were mentioned in news articles as early as the mid-1940s.

Pipestem Falls and Pipestem Creek are named for the native pipestem plant whose hollowed-out twigs were used by Native Americans and early pioneers as stems for tobacco pipes. 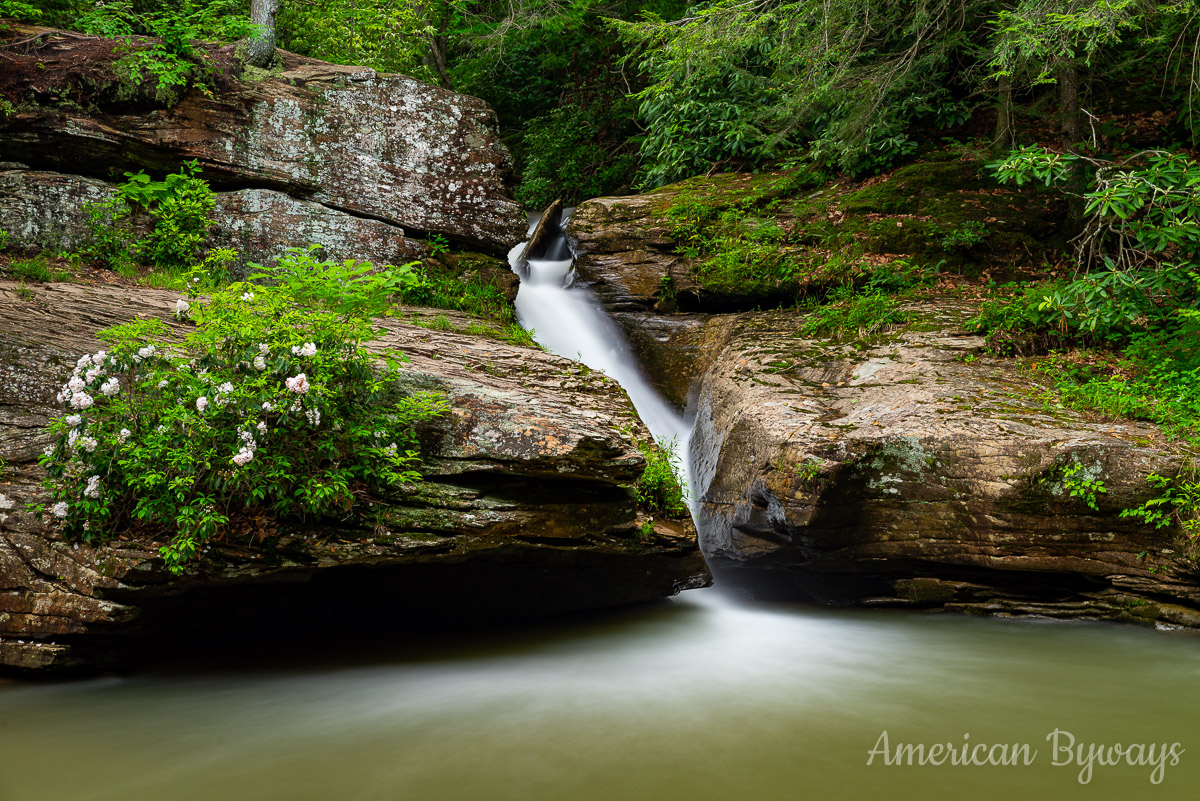 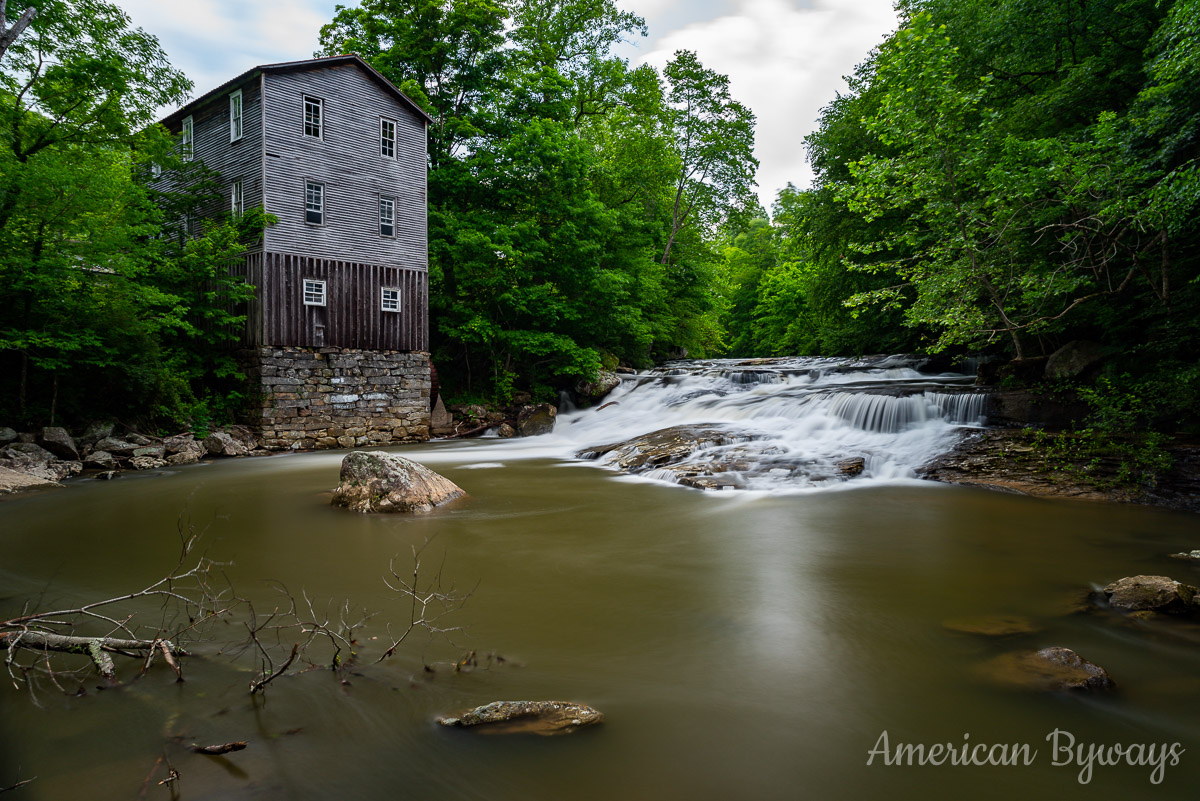